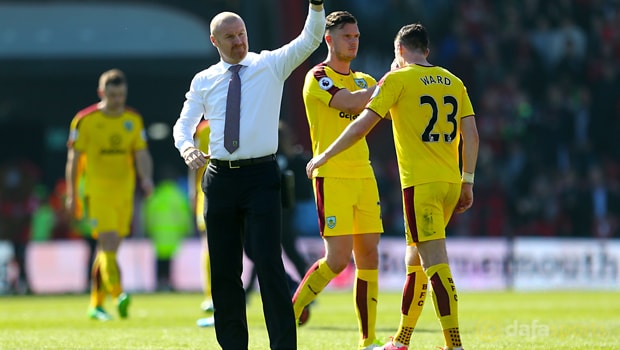 Sean Dyche insists it is crucial that he adds more quality to his squad over the summer as he looks to ensure Burnley can become an established Premier League side.

The Clarets have looked fairly comfortable in the English top-flight for most of the 2016-17 campaign, and secured their Premier League status when Hull lost to Crystal Palace last weekend.

Burnley’s strong home form has played a big role in keeping them above the bottom three, having secured only one win and four draws on their travels.

Dyche, who guided the Lancashire outfit back to the Premier League at the first time of asking at the end of last season, knows how difficult it can be to remain competitive in the division, and is keen to make sure he builds on a strong foundation.

The 45-year-old spent money on the likes of Robbie Brady, Steven Defour and Jeff Hendrick over the course of this season but he admits they will need to return to the transfer market again this summer.

“We need to add for in-house competition and quality reasons to keep it moving forward, and its going to be a big challenge.

“Everyone talks about having money, it’s not about that, everyone’s got that in the Premier League – some more than others – but it’s about situations arising where the club are willing to go ‘alright, this is where we can go to without ruining the club’.

“So it’s a very delicate balance, the idea of recruitment in the Premier League.”

Burnley can be backed at 2.30 to take all three points from their final game of the season when they host West Ham, who are priced at 3.00 to claim the victory, while the draw is available at 3.50.