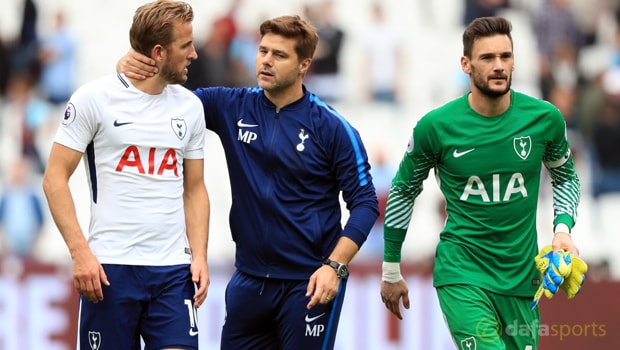 Manager Mauricio Pochettino praised his Tottenham side for the way they adapted to changing circumstances in overcoming West Ham at the London Stadium.

Pochettino felt Spurs had to show several sides to their character in the 3-2 London derby success.

Early on, they played some beautiful football with Harry Kane netting a first-half brace to put them in control before Christian Eriksen scored on the hour to seemingly make sure of the win.

Javier Hernandez quickly pulled a goal back and when Serge Aurier was sent off for a second bookable offence, Spurs were pushed backwards.

They defended well and, while Cheikhou Kouyate powered home a header late on to make them sweat, Spurs held out gamely for the victory.

Noted more for their fluid attacking play, Pochettino was happy to see another side to his evolving squad.

“We played well and fought. Sometimes it is good to suffer a little bit as it means you are alive. We deserved to win the game,” Pochettino told BBC Sport.

“With ten men for us they dominated the game and put balls into the box – they are powerful in that phase of the game – but we held on.

This means more than three points as they played for their pride and for the fans.

“We are people that love to work. We feel the passion and try to improve the team in different aspects.