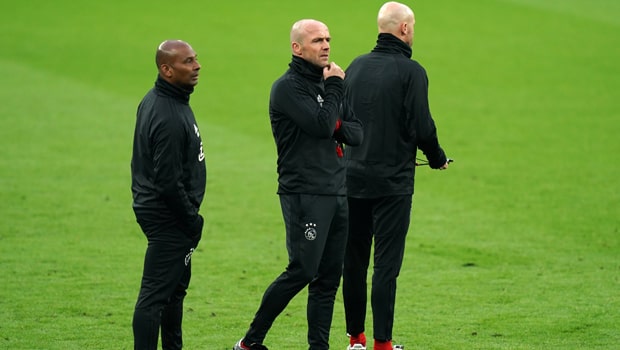 Erik ten Hag has rubbished the suggestion by Mauricio Pochettino that Ajax have an unfair advantage over Tottenham going into their Champions League semi-final first leg.

The Dutch side are at Tottenham’s new stadium on Tuesday evening having enjoyed a free weekend after the Eredivisie called off a round of fixtures to give Ajax more time to prepare for their European outing, while not seeking to disadvantage any of their domestic opponents.

Tottenham, meanwhile, were beaten at home by West Ham in a London derby on Saturday in the Premier League. Pochettino felt it was unfair that his side played at the weekend as Ajax sat out, but his counterpart suggests the money English clubs take in from media rights levels any playing field.

“I can’t really say a lot about that,” ten Hag said of Pochettino’s claim ahead of the opening game between the sides in north London.

“There are always different circumstances, we get 10million [euros] from TV, they get a lot more, is that still unfair for them or for us?

“Everyone has different circumstances, you just have to deal with those circumstances. That is what we do and that is just the way it is.”

Ajax came through qualification for the Champions League last summer before defeating three-time defending champions Real Madrid and Serie A giants Juventus in the knockout stages, with ten Hag admitting their journey has already surpassed all expectations.

“Nobody could have predicted at the beginning of the season that a Dutch team would end up in the semi-finals,” he added.

“With the way we have got to this stage, I just think that is a wonderful experience. “We have achieved something but we want to do a lot more, to get even better than that. We don’t rest on our laurels.”