Mauricio Pochettino has no regrets on recruitment 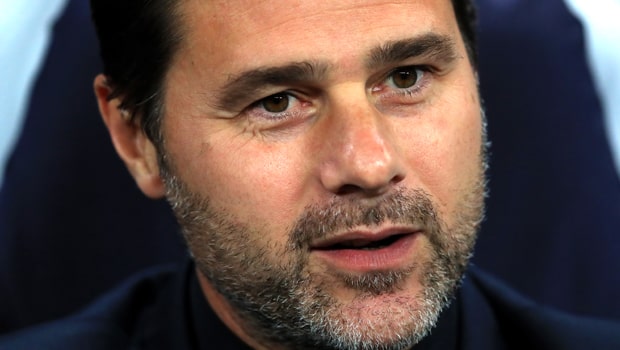 Mauricio Pochettino says he has ‘no regrets’ over Tottenham’s failure to sing a single player during the summer transfer window.

The Argentine suggests it was ‘impossible’ for Spurs to get the targets they wanted and that he’d prefer to keep working with his current squad than sign lesser individuals.

Pochettino said that transfer activity was the domain of chairman Daniel Levy, and he has no qualms over how things played out this summer.

“Look I told you from day I am never going to charge the walls of my boss. He’s my boss, he’s the owner of the club,” Pochettino told a press conference.

“It was difficult to sign the players that we needed, that was impossible and I am happy with the squad that we have, 25 players, we have no regrets and we are happy.

“When we started the season with three wins and we were top of the table I think people were talking in a different way and saying how clever Tottenham were to keep all their squad from last season.”

Spurs go into the weekend in fifth spot, with six wins in eight games so far in the league, just two points behind joint-leaders Manchester City, Chelsea and Liverpool.

A derby with West Ham at the London Stadium is next up, with Christian Eriksen declared fit by his boss.

Pochettino is relatively content with how things stand. “We have one more point than last season [after eight games],” he added.

“I am not happy with that because we are fifth in the table and the ambition is to be on the top but at the same time we are realistic after all the circumstance we suffered in the summer with the World Cup and everything.