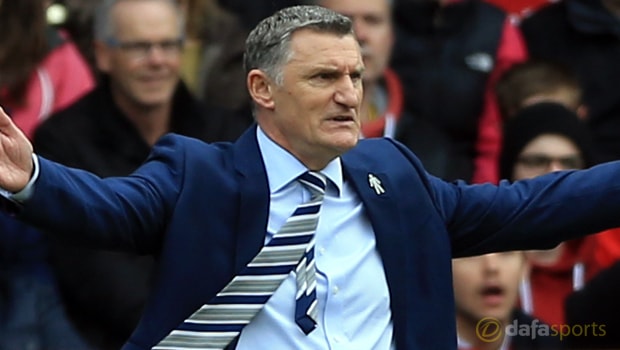 Tony Mowbray feels Blackburn Rovers are exhibiting all the signs of a team enjoying the race for automatic promotion in League One this season.

With the top two in the division, Wigan and Shrewsbury, engaged in a stalemate at the DW Stadium, it allowed Mowbray’s men to close to within a point of the latter in second spot.

Shrewsbury will come to Ewood Park next month, while Wigan also still have an away-day at Blackburn ahead of them this season and Mowbray says his men will relish those games.

“Our result against Rochdale puts us back to where we were before Saturday,” he told reporters.

“We just have to keep chasing them [the top two] down.

They both have to come here, and those games will be an opportunity for us.

“They will be difficult days; hats off to Shrewsbury and Wigan, it doesn’t look like they’re going to go away. We’ll have an opportunity to test them soon.”

For now, Mowbray and Rovers must keep focused on what promises to be another tough challenge on Saturday as fourth-placed Scunthorpe come to Ewood.

Scunthorpe edged out Blackpool 3-2 on Boxing Day and are two points behind Rovers in the table.

The top three have all played a game less, so a Rovers wins on Saturday could help open up a nice gap on the chasers, as the race for two automatic spots begins to take shape.

“They’re all tests, but I’m not sure how long it’s been since we actually lost a football match,” Mowbray added.

“We’re showing that we’re up for the challenge. Whoever we’re up against, we’ll face them head on.

“I’m sure we’ll be firing on all cylinders at the weekend, we’ll prepare properly as always and be ready for it.”

Blackburn are 1.83 to beat Scunthorpe on Saturday, the visitors are 4.33 while the draw at Ewood Park is 3.50.