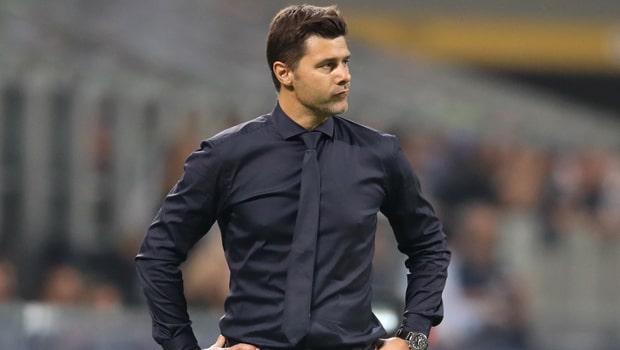 Tottenham gave their best performance of the season against Inter Milan in the San Siro, despite going down to a 2-1 defeat in Champions League, says manager Mauricio Pochettino.

The Londoners were disjointed at times in the first half but they got the upper hand when Christian Eriksen opened the scoring.

Spurs had chances to extend that lead but did not take them and they paid a hefty price as Mauro Icardi volleyed in a stunning leveller with four minutes left and then Matias Vecino got the winner for Inter in stoppage time.

Despite the defeat, the first time Spurs have lost three games in a row under the Argentine, Pochettino claimed this was the best performance of the campaign so far.

“The performance was good from the team, the result should have been different and I think everyone will agree,” he said.

“The performance was better than Inter Milan but when we conceded after 86 minutes the game was completely different.

“The team deserved much more and I think that was our best performance since we started the season. But we lost the game.”

The Tottenham boss opted to leave World Cup semi-finalists Kieran Trippier and Toby Alderweireld at home due to “technical reasons” and he took exception when asked if that was a regrettable decision in his post-game press conference.

Pochettino felt the players that did play were due more respect. “I think we need to talk about football. Because, you know I think you force me to say something that is not good.

You disrespect the players that today showed better qualities than the opponent,” he added. “When my decision is to play with XI, you must respect my decision because I am the manager.

“You show too much disrespect for the players who play in the [same] position as the players you have given me the names of now.”

Following their defeat in Italy, Spurs can be backed at 34.00 to win the Champions League this season.