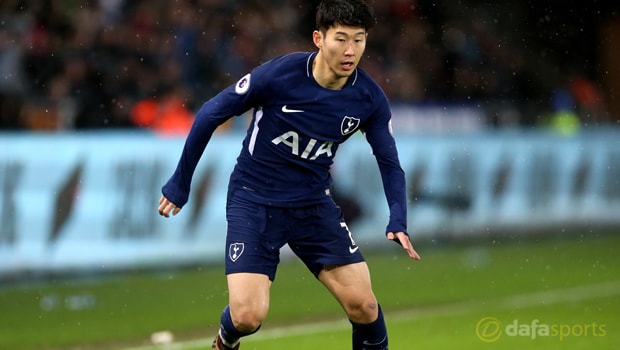 Tottenham manager Mauricio Pochettino has piled the praise on forward Heung-Min Son for the form he has shown so far this season for the club.

Spurs are currently sixth in the Premier League table but they have two games in hand on some clubs around them in the league.

They play two before their clash with Wimbledon in the FA Cup, with their fixture against West Ham United wrapping up a busy festive period.

Son’s form has been key for them and he has slipped under the radar due to the performances of Harry Kane, Dele Ali and Christian Eriksen.

However, Pochettino insists he and Son have continued to talk about his form and he has repaid the former Southampton manager with six goals in 19 league appearances.

When asked about their relationship, Pochetino admits he has been proud to see the South Korean develop into a top player.

He told Sky Sports: “Personally, us the coaching staff, we’ve given him the credit he deserves.

When you are next to Harry Kane, achieving all he is and scoring so many goals, it’s normal that the focus is on Harry Kane.

“But for us it’s very important to show Sonny how much he’s appreciated.

And all the players, all the team, they all love him. It’s not only because of his performances, but because of how he is as a man.

Son is expected to start the game against West Ham and Spurs are 1.30 favourites to win. The draw is 5.50, while West Ham are priced at odds of 10.00.