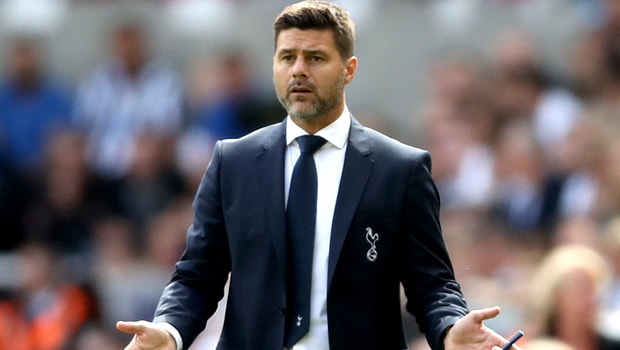 Tottenham boss Mauricio Pochettino admits it is a disappointment that the club have had to postpone the big move into their new stadium.

They were due to be in their impressive new stadium on the site of the old White Hart Lane in time for the Premier League clash with Liverpool next month but that has now been shelved.

Delays in completing the works at the new 62,000 arena means Spurs have moved league games against Liverpool and Cardiff, which were due to be played at their rebuilt home, to Wembley, where they were already pencilled in to face Fulham this weekend.

The exact date they’ll be getting into the new stadium is now up in the air and causing uncertainty for the manager.

A home game with champions Manchester City, scheduled for October 28, is now causing a headache as Wembley will be hosting NFL action that afternoon and the possibility of reversing the game to the Etihad Stadium is seemingly not on the table.

It could leave Tottenham potentially looking for another alternative venue, though Pochettino is eager not to end up playing ‘home’ games at three different locations in one season.

The new stadium could even be ready for the visit of the champions, says the Argentine. “At the moment I cannot say that we’re not going to play [Man City] in our new stadium,” he said.

“If you ask me today if it’s not possible to play in the new stadium, of course it’s about finding a way to play at Wembley because I think to play at another place, maybe three stadiums in one season, will be too much.

“Maybe we need to adapt. If the day after the NFL game maybe the pitch is not in the best condition, but we need to make the effort and try to play in the end because maybe to find another date will be difficult.”