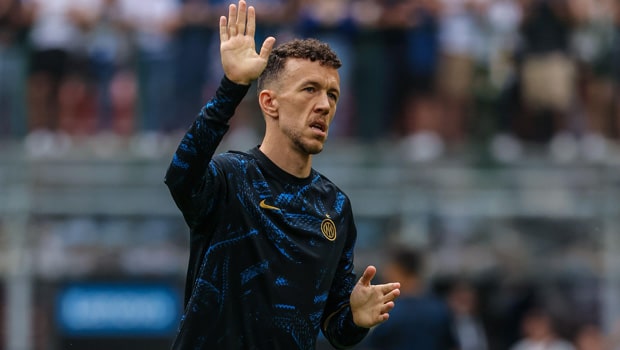 Croatian forward Ivan Perisic is set for a move to Tottenham Hotspur from Inter Milan, having undergone his medical at the North London club on Monday.

Perisic played under Antonio Conte, who at Inter Milan is out of contract with the Italian this summer and is not going to renew.

His deal with Spurs is expected to be a 2-year deal which will make him the second free transfer this summer for the North London club after the brought in Southampton Goalkeeper Fraser Foster.

The 33-year-old won the Coppa Italia with Inter Milan this season but was a part of the Seria A title-winning squad under Conte in the 2020/2021 season.

Perisic featured in 49 games in all competitions for Inter while scoring ten times in the process.

Tottenham finished in fourth place to qualify for the UEFA Champions League next season after Conte was appointed earlier in the season.

Meanwhile, Fraser Foster will feature for the North London side next season after joining the team as a backup to Hugo Loris.

The 34-year Old will run out of contract with Saints this summer, having joined them in 2014 from Scottish side Celtic. He also made 134 appearances for the Saints since that period.

Pierluigi Gollini who deputised for Hugo Loris is on loan at Tottenham from Italian side Atalanta. While there is an option to buy him permanently, there are signs the player wants to return to Italy.

Meanwhile, Antonio Conte has been confirmed to be staying at the club for the next season after the club injected around 150 million pounds to improve the team.

Conte’s deal runs till the summer of 2023, but there is an option to extend for another year. PSG are interested in bringing the Italian to Paris as their coach for next season. However, it is unlikely that Conte will leave the North London club for PSG.