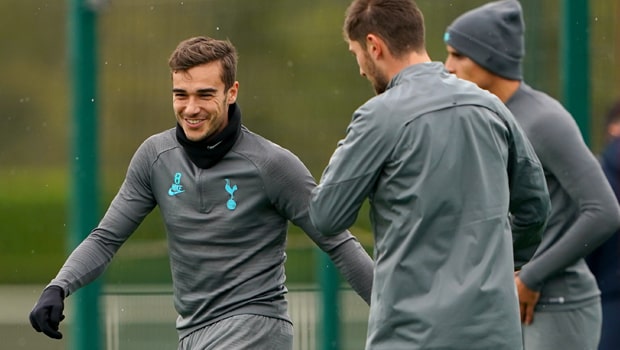 England and Tottenham Hotspur midfielder Harry Winks has shown gratitude to the Spurs Manager, Mauricio Pochettino, for giving him the breakthrough at the White Hart Lane.

According to the player, his career development so far has been due to the Argentina Coach who gave him the into the Tottenham first team

Winks was part of the youth system at the White Hart Lane, playing for majority of the youth teams before he was offered a senior and professional contract in 5 years ago.

Ever since, the playmaker has grown in leaps and bounds, forcing his way into the starting eleven and as well, earning a call up to the national team under Gareth Southgate.

The 23-year old has six appearances so far for the three lions and was part of the team’s Euro 2020 qualifiers against Kosovo and Montenegro, whom they beat 4-0 and 7-0 respectively in the November international break.

However, Mauricio Pochettino has been having it tough lately at the helm of affairs at the White Hart Lane so far this season. He was sacked yesterday after a string of poor results for the North London club.

This, though, hasn’t prevented Winks from having a decent amount of appearances at club level with Eleven English Premier League appearances.

“I’ve got everything to thank the gaffer for. He gave me the opportunity, and I wouldn’t be who I am today if it wasn’t for him.” He said.

He further stated that although he had to put in hard work to get to this level, the opportunity to show what he has is always difficult to get; thus, he explained he would forever be grateful to the coach for allowing him the opportunity.

Tottenham’s next game is a London derby this Saturday at West Ham’s Olympic Stadium, and if the Spurs want to improve on their 14th position on the log as well as close the 11-point gap from the top four, Pochettino must ensure that they get nothing but a win.