Harry Kane: Time to step up 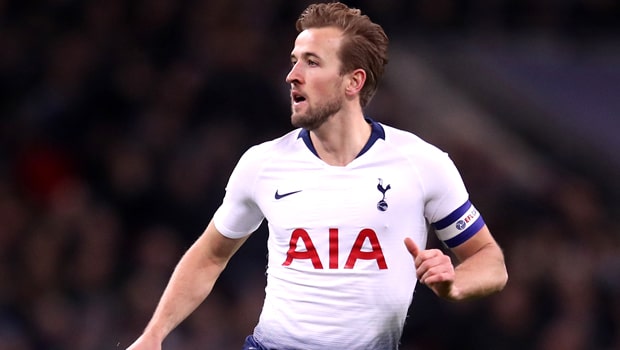 Harry Kane has told his Tottenham team-mates they are now entering the period in the season where they must ‘step it up’ in order to win silverware.

The forward, with 14 Premier League goals so far, believes it is a case of ‘so far, so good’ for Mauricio Pochettino’s squad but, according to Kane, this is the moment in the season where they have to take the next step.

Spurs are still in the hunt in four competitions and, ahead of Sunday’s home clash with Manchester United, they enter the weekend just six points behind Premier League leaders Liverpool.

They picked up a 1-0 Carabao Cup semi-final first-leg win over Chelsea in midweek, having blitzed Tranmere 7-0 in the FA Cup last week.

The Champions League last-16 beckons next month and Kane knows this is the time when the season poses tough questions.

“There will be no better feeling than to win something with these guys, we’ve all worked so hard over the last three or four years to turn Spurs into a team that contends each and every year,” said he England hitman.

“We’re in a good stage, we’re in a semi-final [Carabao Cup] with a 1-0 lead, we’re in the FA Cup and Champions League and we’re not too far off in the Premier League, although there is a long way to go.

“So far, so good, but it’s this stage of the season that we have just fallen behind in the past so it is important this year that we step it up, work even harder and go into these games and try and bring it home.”

Spurs are 2.10 to beat Manchester United on Sunday. The Red Devils are 3.50 to continue their winning streak under Ole Gunnar Solskjaer, with the draw at Wembley 3.60.