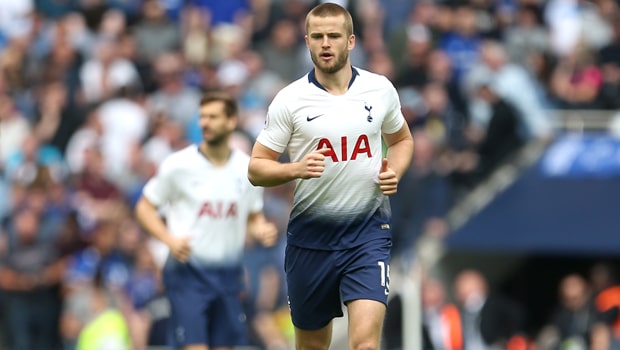 Eric Dier has suffered a frustrating season for Tottenham but is looking to at least end it on a high.

Injury has affected him throughout the campaign and the 25-year-old needed surgery to remove his appendix back in December. It has restricted him to 20 Premier League appearances this season though he scored against Everton in the final game last weekend.

That does not end Dier’s season as Spurs take on Liverpool in the Champions League final in Madrid on June 1, and Dier then hopes he will have a part to play in England’s Nations League finals campaign.

He has been named in Gareth Southgate’s squad for the campaign which sees England take on the Netherlands in the semi-final, and says his focus now is on ending the season in a positive fashion.

“It’s been a very frustrating four or five months since my operation. This is football, these things happen,” he said.

“Try and finish the season as strongly as possible and then hopefully be available for the national team after that. It’s a long way to go – there’s still hopefully a month and a bit left of football, and I can put all of those things behind me.”

Spurs’ incredible win over Ajax in the Champions League semi-finals to set up the final with Liverpool is still fresh in the memory and Dier says it is just reward for the journey he and the team have been on with Mauricio Pochettino during his five years in charge.

“We deserve a moment like this, to be in a game like this, from everything we’ve done over that time,” he added.

Spurs are hoping that Harry Kane, Harry Winks and Davinson Sanchez will all be fit for the Champions League final.

Spurs are priced at 3.80 to win the Champions League final with Liverpool 2.00. Spurs are 13.00 to win next season’s Premier League title.