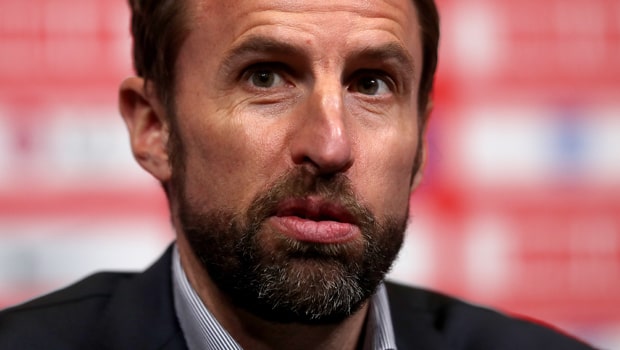 Gareth Southgate says he is waiting for the conclusion of the two European finals to see who will be fit for England in the Nations League finals.

The England boss named a 27-man squad for the campaign which sees England take on the Netherlands in the semi-final on June 6, with the final three days later in Porto.

He has named Harry Kane in the squad despite the Spurs striker having missed the last few weeks of the season with an ankle injury.

It is hoped he will recover in time for Tottenham’s Champions League final against Liverpool in Madrid and Southgate will be assessing several players after that game as well as the Europa League final between Arsenal and Chelsea.

Southgate said of Kane still being in his plans: “He’s working to be fit for the [Champions League] final. We are keeping that door open.

“That’s one of the unknowns. We are going to look post-Champions League final. “What happens with Tottenham will pretty much dictate where Harry sits in terms of his availability for us.

“It’s certainly not a definite that he is fit for that game. But the final is absolutely a target for Harry.”

Southgate is already without Chelsea’s Callum Hudson-Odoi who has had Achilles surgery, while a further blow came from the news that Ruben Loftus-Cheek was injured in an exhibition game in the USA which rules him out of the Europa League final and the Nations League finals.

Southampton’s Nathan Redmond has been named in Southgate’s squad after an impressive Premier League season for Saints. The England manager has to reduce the squad to 23 by the end of May.

His team, if they beat the Netherlands, will face either Portugal or Switzerland in the Nations League final.