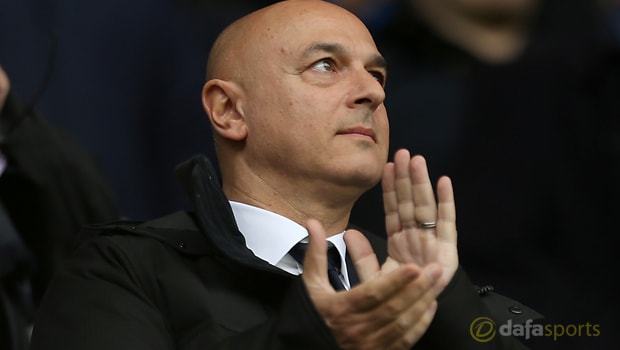 Tottenham Hotspur chairman Daniel Levy is confident that his big-name stars won’t be allowed leave the club this summer.

Levy has also suggested that manager Mauricio Pochettino has got the funds to strengthen his squad during the current transfer window if he so desires.

Star performers Harry Kane, Dele Alli and Christian Eriksen have sparked rumoured interest from the likes of Real Madrid and Barcelona amid their sparkling form for the north Londoners, but Levy says Tottenham won’t be forced to sell.

Furthermore, he says the club will be keeping everyone that they need and adding to their personnel as required.

“I’m 100 per-cent confident. Every single player that we want to keep, I can assure you will be playing for Tottenham Hotspur next season,” he told Sky Sports.

On the subject of January arrivals Levy said the manager will be looking at the market, though he does concede it is harder trying to get business done at this stage of the year.

“Mauricio’s strategy has always been that if an opportunity arises that he thinks can improve the squad then we will need to look at it, but January is always a very difficult window,” he added.

England midfielder Alli only signed a six-year contract in September 2016 but Tottenham are believed to be willing to open talks on a new deal before this season ends.

The 21-year-old has not been at his best this term. Alli scored 18 goals in 37 Premier League games last season, but has only scored five in 21 this campaign to date.