Straight to Cheltenham for Sizing John 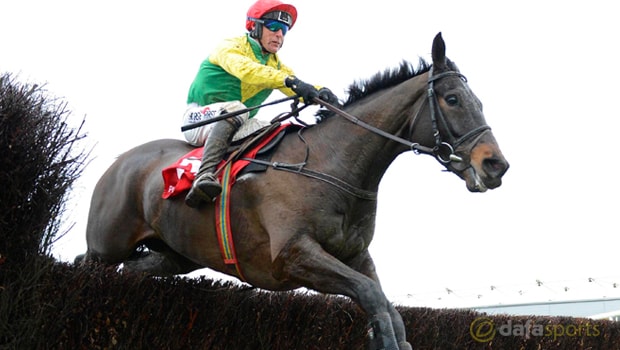 Jessica Harrington has confirmed that reigning champion Sizing John will now be going straight to the Cheltenham Gold Cup in March.

The eight-year-old made a fantastic return to action last month when winning the John Durkan Memorial Chase at Punchestown from Djakadam.

However, Sizing John was then a major disappointment having gone off a heavily backed odds-on favourite for the Leopardstown Christmas Chase.

Harrington believes that race may simply have come too soon and she’s happy to head straight for the Cotswolds. “He’s going to go straight to the Gold Cup.

I’d rather go there fresh and well. He’s in good form, he looks good and he’s been back cantering this week,” Harrington told the Daily Mirror.

Tests were carried out on Sizing John after his Leopardstown flop but nothing came to light.

With Djakadam also turning in a poor performance, Harrington feels an 18-day turnaround may simply have found them out on the back of the John Durkan run.

“Nothing came to light that you could hang your hat on. I just think the race came too soon.

It didn’t look like he had a hard race [at Punchestown], but these things can be deceptive – both him and Djakadam [John Durkan runner-up] ran flat at Leopardstown last time.”

The Irish Gold Cup on February 2 was a potential repeat target but Harrington is now happier to bypass that race and head straight for the Blue Riband.

Sizing John is 8.00 to retain the Gold Cup in March, with Kempton’s King George winner Might Bite the current favourite at 4.50 for trainer Nicky Henderson.