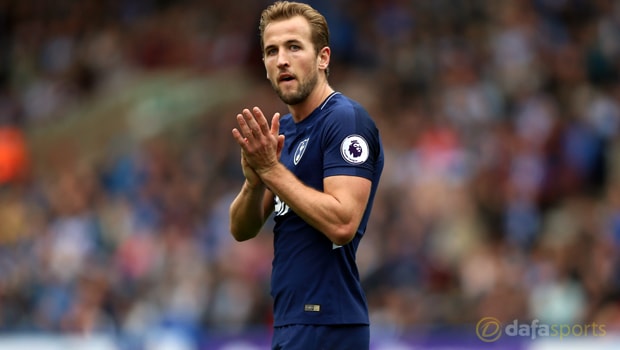 Harry Kane hailed September as the best month he has enjoyed after taking his tally to 13 goals with a brace in Spurs 4-0 win at Huddersfield.

The England forward was under the microscope having yet again failed to net a Premier League goal in the month of August but Kane responded with a blistering September haul in all competitions.

If this form continues Kane will surely feel he may be considered for and might even win the most coveted prizes in world football, like those two superstars routinely do.

The 24-year-old admits it was a pleasing month, particularly after enduring more August anguish in front of goal.

“If you look at the goals to games it’s probably the best month I’ve had, especially after August,” Kane said.

After 11 games last season Kane had scored six goals – it is almost double that this campaign.

He says his job his made much easier given the creative talents that surround him in the Tottenham team right now.

“It’s nice, I feel good, I feel confident, when these boys are up the pitch putting in good crosses and through balls and I’m just there to put them away,” he said.

“I’m delighted with the win, it’s been a great week for the team, and we’ve just got to continue that after the international break.”

Victory at Huddersfield, combined with Chelsea’s defeat at home to Man City, ensured Spurs moved up to third in the Premier League standings.