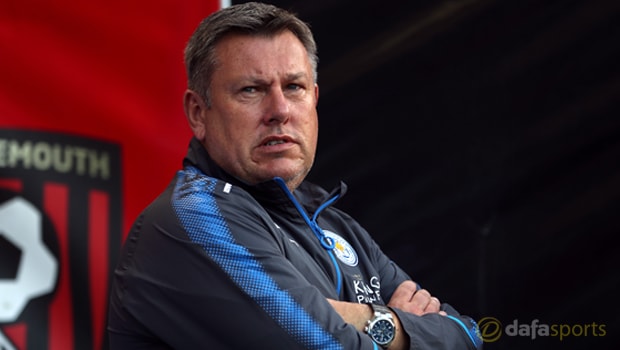 Boss Craig Shakespeare conceded his Leicester City side did not carry enough of an attacking threat in their scoreless draw without Bournemouth at Dean Court.

Eddie Howe’s side dominated the clash and missed a host of decent chances to break the deadlock, while the home side also had grievances in the second half when they were denied a penalty as Marc Pugh’s close-range shot ricocheted off the raised right hand of Danny Simpson.

Afterwards Shakespeare conceded that his side “didn’t have that sharpness or quality on the ball and offensively weren’t the threat” he expected them to be.

Winger Demarai Gray was given his first start of the season in place of Riyad Mahrez, while up front Jamie Vardy was a peripheral figure throughout.

The Leicester boss said it was a point his side had worked very hard for, while he admitted they may have been fortunate that Graham Scott didn’t award a penalty against them.

“It was a hard earned point. We know we could do a lot better. We started slowly and gave them momentum and it was hard to get with the pace of the game,” Shakespeare said.

“The penalty, I didn’t see it but I was told it could have been a penalty. We had one last week which didn’t go our way and I think these things can even themselves up.”

Leicester have won just once in their past ten Premier League matches under Shakespeare, having initially won seven of the first ten after he replaced league-winning boss Claudio Ranieri.

A momentary lapse in concentration in the Bournemouth defence gave Shinji Okazaki a chance to score in the second half but he couldn’t make it count, much to his manager’s displeasure.

“Whether we deserved to have the chance or not is irrelevant, I expected him to put that away,” said Shakespeare.

Leicester are 41.00 to finish in the Premier League’s top four this season.