Christian Eriksen all but concedes title to City 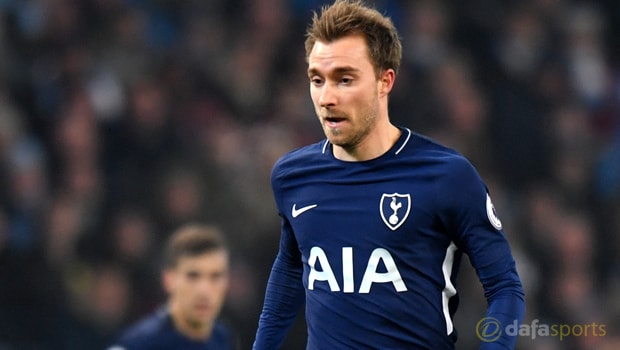 Tottenham ace Christian Eriksen believes his side and all the other title challengers need ‘more than a miracle’ if they are to catch Manchester City this season.

The Citizens have taken the Premier League by storm over recent months, as they have made an unbeaten start to the campaign, winning all but one of their matches.

That impressive form has seen Pep Guardiola’s side open up an 11 point gap at the top of the standings, while they are 21 points clear of seventh-placed Spurs following their 4-1 victory over the north Londoners last weekend.

Danish international Eriksen scored Spurs’ goal during that defeat and he concedes his side should have played better despite all of City’s quality.

The 25-year-old has also all but conceded defeat in the title race and he believes it is not just Spurs that need ‘more than a miracle’ if they are to catch the seemingly unstoppable Citizens.

“I think you need more than a miracle to catch City, but we are focused on ourselves and trying to come into a better position than we are in now,” he said.

“Of course we need to improve a lot but City is a long way ahead.”

Spurs are next in action on Saturday when they travel to Turf Moor to take on a Burnley side that are a point and place above them in the table.

Mauricio Pochettino’s side are priced at 1.53 to emerge from Lancashire with all three points, while Burnley are available at 6.50 and the draw is on offer at 4.00.