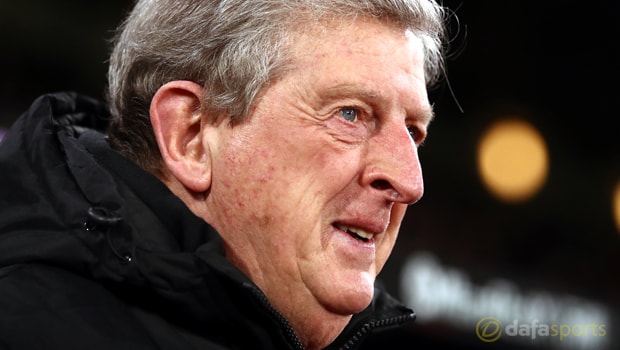 Crystal Palace boss Roy Hodgson admits he can offer no guarantees over the long-term future of Wilfried Zaha.

Ivory Coast international Zaha has played an integral role in Palace’s recent resurgence and his impressive displays have seemingly not gone unnoticed by some of the big hitters in the Premier League, as the likes of Manchester City, Chelsea and Arsenal have all been linked with potential January bid.

Zaha began his career with Palace, but he left to join Manchester United in 2013 only to return to Selhurst Park on a permanent basis two years later after struggling to establish himself with the Red Devils.

However, it appears Zaha has developed as a player during his second spell with the Eagles and Hodgson admits he cannot guarantee whether the winger will remain with the club for the long-term.

“I don’t think as a manager you can ever give guarantees on anything,” Hodgson said.

The former England boss does not think the speculation regarding Zaha needs to be seen as a bad thing, however, as he believes it shows both the player and Palace are performing to a high standard.

“It’s a great credit to the club and to Wilf Zaha that if there are rumours circulating of so-called bigger clubs looking at him and maybe making a bid, we should be pleased about that,” he said.

“It means he is doing his job, he’s helping us get the points we’ve been getting. I’ll look at it that way at the moment.”

Next up for Palace and Zaha is a trip to the Liberty Stadium to take on managerless Swansea on Saturday.

Hodgson’s men are priced 2.40 to secure all three points from the match, while the Swans are available at 3.25 and the draw is on offer at 3.10.