Bayern Munich joins the race with Madrid to sign Eriksen

Posted by Olumide Akinnifesi on October 15, 2019 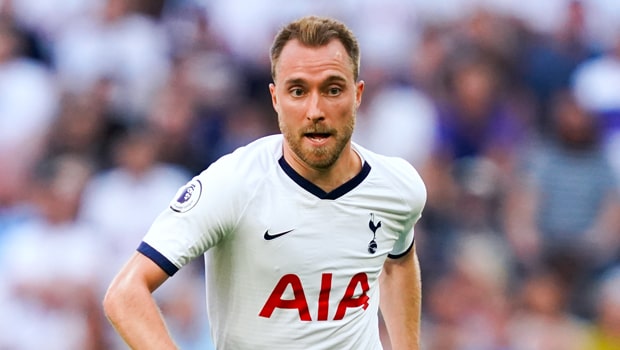 Bayern Munich is set to rival Spanish Giants Real Madrid in the pursuit of Spurs playmaker Christian Eriksen in the January transfer window.

According to reports emanating from Germany, the Bavarians are plotting a cut-price January move for Tottenham star player Eriksen. Real Madrid is also chasing the Danish player.

Eriksen, who is in the final year of his contract with Tottenham, seem determined to end his six-year spell at the Club. After joining from Ajax in 2013, the 27- year old has developed into the finest playmakers during his time in London; making Spurs a force to be reckoned with at the various levels.

He has expressed his wishes of moving away from the Club during the summer transfer window as he looks forward to having a new challenge in his career. Despite many reports of interest shown by Real Madrid and Manchester United, no move materialised making the Dane staying put at the London Club.

But, the midfielder still has nine months remaining on his current contract and has shown no interest to various new deals and putting pen to paper. This has made Spurs to make the decision to cash in on him by January, with the Club looking at a fee in the region of €20-€25million.

This situation has made Bayern show interest in signing Eriksen from Tottenham. Reports have it that the Bavarians has already made contact with the player’s representatives and have already received positive feedback.

Given the array of options in Bayern Munich’s attacking and midfield departments, it will be interesting to see where Eriksen will fit into the manager Niko Kovac’s plan. But considering the cut-price and the excellent player he is, it’s likely the 27- year old will get a place in the first team.

Eriksen has made 288 appearances for Tottenham, scoring 67 goals and assisting 87 more. However, he has struggled for form recently, managing a goal and assist so far in ten matches. It looks like his time at Tottenham is winding up, and it’s time to move.

Tottenham will face Watford in their next match at the EPL. Tottenham are backed at 1.46, while Watford are priced at 7.05.