Bayern face Tottenham away in the Champions League

Posted by Olumide Akinnifesi on October 1, 2019 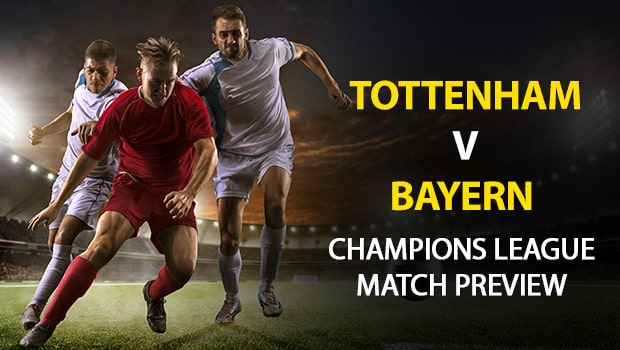 It’s Matchday 2 in the Champions League today, and we take a look at the Match preview between Tottenham Hotspur against Bundesliga Giants Bayern Munich.

Bayern is expected to start in the usual 4-2-3-1 formation. Manuel Neúer will continue as usual between the sticks for Bayern. With the availability of David Alaba, Lucas Hernandez will move back into central defense. The Frenchman will resume his partnership with Niklas Sule in the heart of the defense. Pavard and Alaba will be the full-backs in this game.

Bayern Munich last Champions League Match saw them dispatched Serbian side Red Star Belgrade with a 3-0 win at the Allianz Arena. However, Bayern Munich is fresh from their hard-fought win over Bundesliga newcomers Paderborn.

While Tottenham, on the other hand, is looking to bounce back from their disappointing 2-2 draw in their last match in the Champions League away to Greek side Olympiakos and they recently beat Southampton 2-1.

Bayern Munich remains without the injured Midfielder Leon Göretzka and 19- year old forward Jann- Fiete Arp, while David Alaba is fit and available and in contention to start.

For Tottenham, there is no fresh injury concern heading into the game. Giovanni Love Celso and Ryan Sessegnon remain the only long term absentees with hip and hamstrings injury respectively.

The last time Bayern met Tottenham in European competition was in December 1983 where the North London side ran out winners. They also met during this summer’s pre-season in the Audi Cup with Tottenham emerging victors on penalties with both sides full of youthful players.

Bayern has won four of their last five games and is high on confidence, sitting on top of the Bundesliga, and possessing a severe attacking threat which boasts of 17 goals in the past five games. Tottenham on the other hand goes into the game struggling for form after just two wins in their last five.

Tottenham are priced at 3.28 to defeat Bayern Munich, while Bayern are fancied at 2.16 to claim a vital away win over Tottenham