Posted by Robert Morris on September 5, 2018 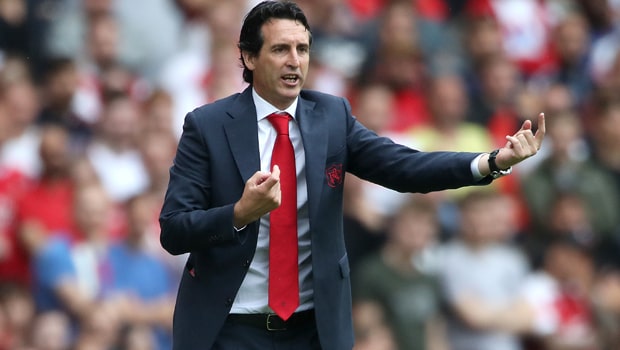 Arsenal legend Tony Adams believes the club need to give Unai Emery time to transform their fortunes after a mixed start to his reign at the Emirates Stadium.

The Spaniard took charge earlier this summer after leaving Paris Saint-Germain despite winning the domestic treble with the French giants.

He replaced Arsene Wenger after his 22-year spell in charge ended but has not enjoyed a solid start at the Gunners.

Despite making a number of signings in the summer, Emery tasted defeat in his first two games in charge.

Manchester City and Chelsea proved too much for Arsenal but Emery’s men have since responded with wins over West Ham United and Cardiff City.

Adams insists patience is still needed at the Emirates Stadium and he has backed the former Sevilla coach to come good in north London.

He told The Debate: “They need time, the manager needs time as there have been massive changes going on – I think 19 staff got removed from their jobs in the summer.

“It is big changes. But I was excited after Arsene left and there was change, as I have been saying for the last 10 years we need resilience and a strong back four.

“I thought OK, go and get a new coach who will work with your back four so we will not be a soft touch away from home.

“I know we have had a tough start with Man City at home and Chelsea away, but I was just a bit disappointed we were not a bit more resilient.”

Newcastle will welcome Arsenal to St James’ Park on September 15, with the Magpies 4.00 to win. The draw is 3.60, while Arsenal are 1.91 to grab all three points.