Posted by Fred McKinley on September 5, 2018 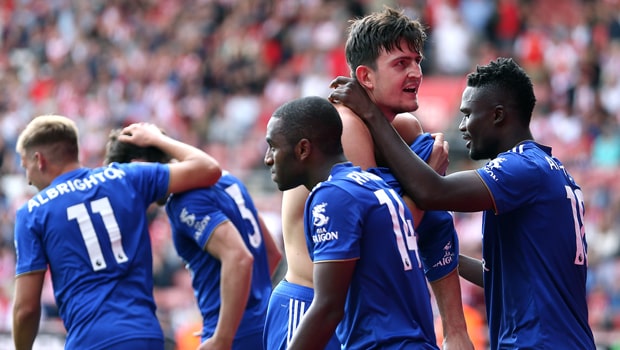 Leicester City defender Harry Maguire admits there was interest in him from a number of clubs but he “owed it” to Leicester to stay put after a successful World Cup campaign.

The former Sheffield United star became a household name in Russia after his displays helped England reach the semi-finals.

He was unable to help them go all the way but returned to a media frenzy as speculation continued to mount around his future.

Reports in England claim Manchester United had several bids turned down by the Foxes, with the latest one surpassing £60million.

Maguire joined Leicester in 2017 and insists he wanted to remain at the King Power Stadium to thank the club for the faith they showed in him.

“Obviously going into a World Cup – if we were successful, as we were – there were always going to be players who came under interest. That is part and parcel of the game,” Maguire told Sky Sports.

“I spoke with Leicester after a bit of interest from clubs and they reiterated that I wasn’t for sale, and I respected that decision.

“They gave me an opportunity to play in the Premier League, when I had just been relegated with Hull.

They gave me that opportunity and it is a club I am really enjoying my time at. I am playing week in and week out, which is important to me.

“They have given me the platform to play at the World Cup so I feel I owe them, and I respect that decision. Now I am looking forward to the season.”

The centre-back will be expected to start England’s next two games before returning to club duty to take on Bournemouth.