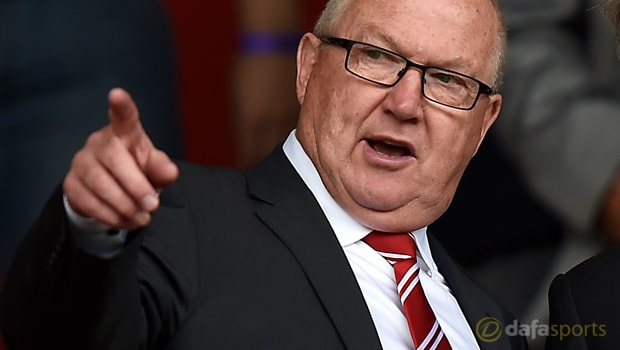 Southampton executive director Les Reed has insisted the club’s top players are not for sale this summer.

Reed insists the St Mary’s outfit are determined to keep their best assets and carry on building under new manager Mauricio Pellegrino.

Virgil van Dijk and Cedric Soares are two names that have been consistently linked with potential moves away from the south coast this summer.

The club reported Liverpool for an alleged illegal approach to Dutch defender Van Dijk, but nothing was proven and the Anfield club publically ended their pursuit of the former Celtic player.

Portuguese right-back Soares has been linked with the likes of Everton, Tottenham and Barcelona in this transfer window, but Reed says Southampton are now in a position to keep their prized assets.

“None of those players are for sale. I can’t make it any plainer than that and that’s the way we mean to go forward,” Reed told Sky Sports.

“We built this squad over some time and think we have a strong squad. We will fine-tune it but, other than that, we are looking forward to a very competitive season next year and we plan to go forward on that basis.”

Reed admits any outgoings will only be for the benefit of Southampton in the long term.

“There may be players that go on the basis it is the right thing for them and the club at that given time, but we don’t expect that to be wholesale and this is simply doing sound business in the transfer window,” he added.