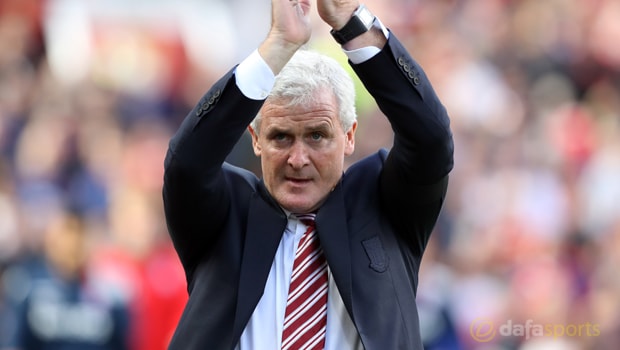 Southampton are edging close to a deal to make Mark Hughes their new manager.

The Saints sacked Mauricio Pellegrino in the wake of Saturday’s 3-0 loss at Newcastle that sees them teetering on the brink of relegation from the Premier League.

Former Stoke boss Hughes is in talks with the south coast club over the vacant position, with a deal expected to be completed on Wednesday.

Southampton are just one point above the Premier League drop zone, having won just once in their last 17 league games.

They’ve got eight games to save their top-flight status and, this weekend, they will face League One side Wigan Athletic in the last-eight of the FA Cup.

Former Wales boss Hughes, 54, was sacked by Stoke in January after four and a half years as Potters boss, leaving with the club in the relegation zone, where they remain under new manager Paul Lambert. Stoke are one point, and two places, below Southampton.

He also spent two years as a player at Southampton from 1998 to 2000. Southampton’s next league game sees them travelling to fellow strugglers West Ham on March 31.

The Hammers are in turmoil after crowd disturbances marred their weekend defeat at home to Burnley.

They are currently two points above Southampton in 16th place. If appointed, Hughes will be Southampton’s fifth permanent manager in the five years since Mauricio Pochettino, now Spurs manager, replaced Nigel Adkins at St Mary’s.

Southampton are 2.88 to be relegated this season, while West Ham are 3.00 to go down.