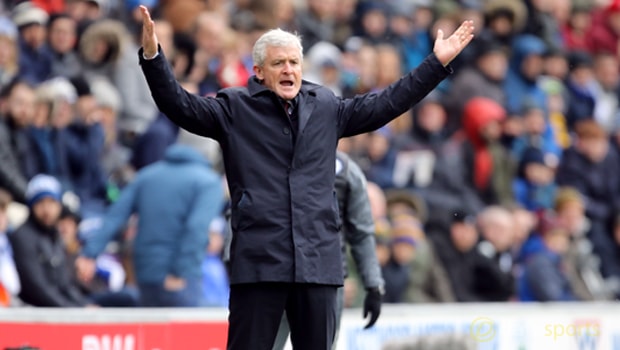 Southampton defender Ryan Bertrand believes Mark Hughes can use his wealth of experience to keep the club in the Premier League.

The south coast club parted company with Mauricio Pellegrino last Monday and quickly appointed Mark Hughes as their new manager on a short-term deal until the end of the season.

Hughes, who had only been sacked by Stoke on January 6, led Southampton to victory in his first game at the helm on Sunday as they beat Wigan 2-0 in an FA quarter-final.

The Welshman’s main priority is to keep the club in the Premier League but he faces a tough task in trying to address issues that have affected them all season.

The former Wales, Blackburn, Manchester City, Fulham, QPR and Stoke boss boasts plenty of experience, and Bertrand feels that will be key to ensuring they claim enough points in their final eight games.

Bertrand said: “I’m looking forward to playing the remainder of the season with him. “He’s been there and done it.

Even as a player, he’s vastly experienced as well, and whatever he can share with us hopefully we can use and do what we need to do.”

Southampton, who are priced at 3.00 to be relegated, still have relegation rivals Swansea and West Ham to face this term, however, they also come up against the likes of Arsenal, Chelsea, Leicester, Bournemouth, Everton and Manchester City.