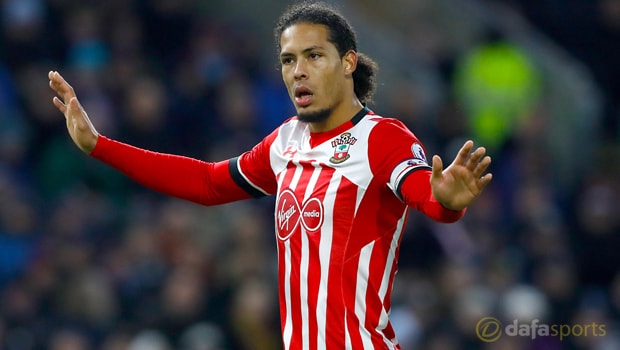 Liverpool have issued an apology to Southampton over recent speculation linking defender Virgil van Dijk with a move to Anfield.

The Dutch central defender was heavily touted to become the latest player to swap to St Mary’s for Merseyside and earlier in the week media reports suggested that Van Dijk had indicated his preferred destination this summer was Liverpool.

The chance to work with boss Jurgen Klopp was reported to have played a significant role in the player’s decision, though that news appeared to cause plenty of upset at Southampton.

The Saints are understood to have asked the Premier League on Tuesday to investigate an alleged illegal approach, which has been followed by Liverpool announcing the end of their pursuit.

“Liverpool Football Club would like to put on record our regret over recent media speculation regarding Southampton Football Club and player transfers between the two clubs,” the statement on Liverpool’s official website read.

“We apologise to the owner, board of directors and fans of Southampton for any misunderstanding regarding Virgil van Dijk.

“We respect Southampton’s position and can confirm we have ended any interest in the player.”

For now at least, it appears as though former Celtic defender van Dijk will not be following the ex-Saints to Merseyside.

Liverpool are 11.00 to win the Premier League title next season, while they are 1.91 to finish in the top four.