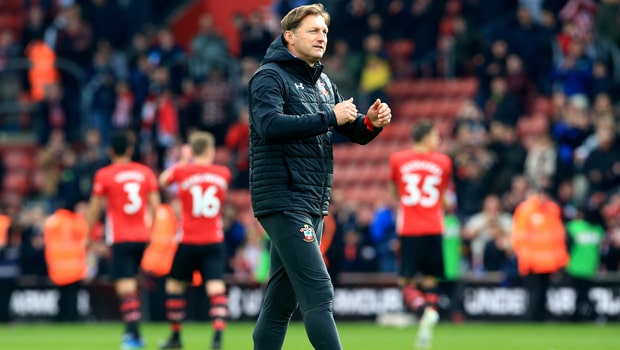 Southampton boss Ralph Hasenhuttl says his side are motivated by the prospect of Premier League survival when they take on Bournemouth on Saturday.

The Saints are six points clear of the drop zone and, with a far superior goal difference to third-bottom Cardiff, they will effectively secure a place in the top flight next season with victory over local rivals Bournemouth, regardless of Cardiff’s result at Fulham.

Hasenhuttl took over from Mark Hughes at St Mary’s in December and has overseen an improvement in their fortunes, taking 28 points from the 20 games since he took charge.

That has left them on the brink of survival and now Hasenhuttl wants to see the job completed. Ahead of the south-coast derby, he told a press conference that the significance of the game was solely down to whether or not they can secure their future in the Premier League.

He told reporters: “For us, it’s mainly a special game because we make the last step and we are very, very motivated for this game.

“To do the last step in front of our crowd, that’s exactly what we wanted to have three games before the end – and now is the chance and we are very motivated.”

Southampton edged closer to survival with a 1-1 draw at Watford in midweek, getting off to the best possible start when Shane Long scored after just seven seconds, the fastest ever goal in the Premier League.

The striker later picked up a knock but should be fit to face Eddie Howe’s side though Saints will be without centre-half Jannik Vestegaard while Ryan Bertrand is also doubtful.