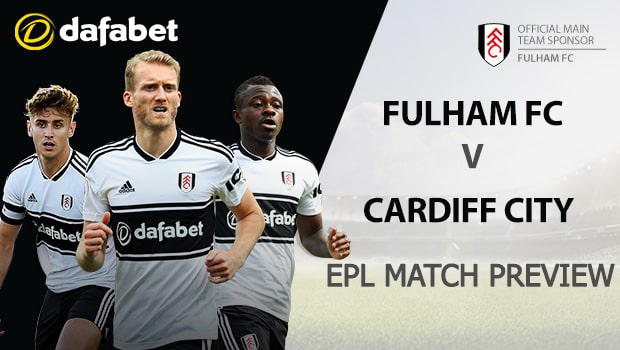 We’ve got an exciting matchup at Craven Cottage this weekend as Fulham and Cardiff City go head-to-head in Premier League action.

Draw: There’s a 27.8 percent chance the match ends in a draw. There’s a draw in 26 percent of AccuScore sims, suggesting no added side value on the draw.

Building Momentum: Aleksandar Mitrović has been phenomenal for Fulham this season. He’s the club’s top goal scorer this year, with 11 goals.

For Fulham, we’ll have our eyes on none other than Aleksandar Mitrović who has a 55 percent chance to score. He averages 4.28 shots overall per sim, 1.6 shots on goal per and 0.80 goals per sim.

Fulham winning is a 3-star (out of four) AccuScore hot trend pick. There’s a 40.6 percent chance Fulham win this matchup. They win close to 46 percent of simulations, suggesting some noticeable side value on the pick.