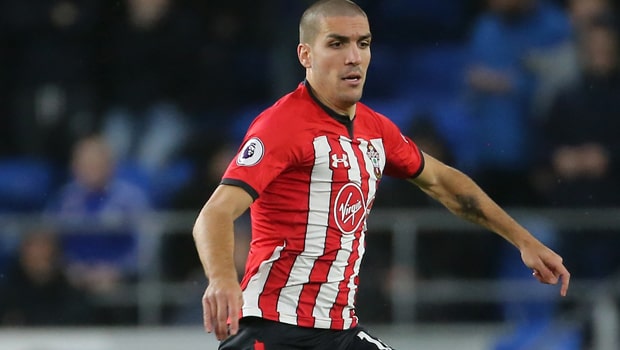 Oriol Romeu is hoping to reclaim his place in the Southampton team following the recent appointment of Ralph Hasenhuttl as manager.

The Spaniard, who has featured nine times in the Premier League for the Saints this season, found himself out of the first-team picture during the final weeks of Mark Hughes’ rein as manager, with his last start under the Welshman coming against Newcastle on October 27.

However, Romeu has featured in both matches since Hughes was sacked and was restored to the starting line-up for Hasenhuttl’s first match in charge against Cardiff last weekend. The former Chelsea player is now hoping to enjoy an extended run in the team.

“To see yourself out of the squad, out of the team, week in and week out – no one wants to go through that,” Romeu told Sky Sports.

“There’s nothing else you can do, except wait until the chance comes. That’s what I did and last week I could be out there and help the team play. I felt so happy and enjoyed being back.”

Hasenhuttl’s first match in charge ended in a 1-0 defeat at the Cardiff City Stadium and Southampton remain in the Premier League relegation zone heading into this weekend’s clash with Arsenal at St Mary’s.

Southampton are priced at 3.50 to be relegated this campaign, but Romeu has already seen enough on the training pitch from Hasenhuttl to feel the Austrian is the right man to keep them up.

“Since the first day he came, we saw he wanted to change many things. He’s done a lot of things on the training pitch already,” Romeu added.

“It’s a lot of information coming into our heads at the minute, but I think it’s good and all the changes are going to help us.”