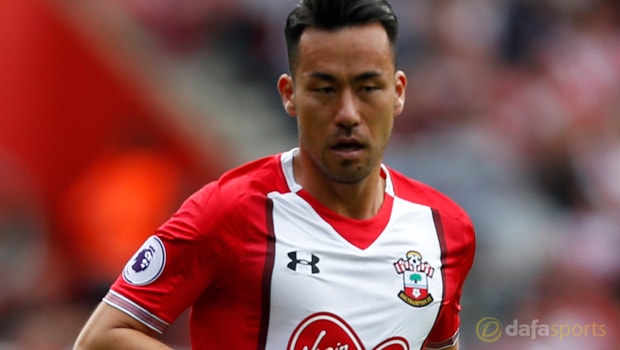 Southampton defender Maya Yoshida has admitted Virgil van Dijk’s imminent return to the team will make it harder to secure a spot in the starting XI but he insists he is ready for the battle.

Van Dijk has not started a match for the Saints in eight months, with injury and transfer speculation causing him to fall down the pecking order.

A long-term ankle injury forced him to miss the back end of last season before he then asked to leave the club in the summer.

Liverpool’s pursuit eventually came to nothing and Van Dijk has been allowed to return to first-team training, after working on his own for the last few months.

Manager Mauricio Pellegrino used him off the bench in their 1-0 win over Crystal Palace on September 16, but he was an unused substitute in the defeat to Manchester United.

Yoshida is still expecting the Dutchman to return to the fold but he is ready for a battle with Wesley Hoedt and Jack Stephens also in the running.

He told reporters: “It’s really tough, I understand. Virgil is one of the best centre-backs in the Premier League.

“I have to keep strong in my performance to the manager, the fans, get a result for the team. It’s only the things I can do. I just focus on myself and playing well.

“(With) my experience in the last couple of years, I am pretty sure that kind of pressure makes me stronger.

“Even Jack Stephens was not involved in the squad. That’s the kind of really high competition we have in Southampton.”

Van Dijk could start in the clash with Stoke this weekend, with the Potters 3.00 to win the match.