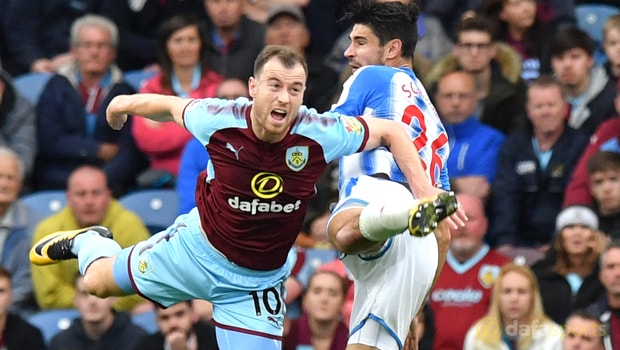 Huddersfield Town boss David Wagner says Christopher Schindler has proved he belongs in the Premier League but he insists he will keep him grounded.

The 27-year-old was drafted in last summer for £1.8million and he helped the club achieve promotion from the Championship.

The former 1860 Munich stopper has helped Town secure four clean sheets from their first six games and he played a crucial role in last weekend’s 0-0 draw with Burnley.

He was able to silence Sam Vokes and Chris Wood and his performance caused some fans to claim he will be in the next Germany squad under boss Joachim Low.

However, Wagner insists he will not change his approach with the defender and insists keeping him grounded will be key for the rest of the season.

He told Sky Sports: “He has played six Premier League games and six outstanding ones but if the question is about being a German international, I think everyone should calm down.

“They have some proper centre-backs who are at a good age, but we are very happy that we have him.

“I give him no pressure, he’s been outstanding since he arrived and he’s such a good character, so we’ll give him all the support he needs to continue.

“He’s becoming more in focus and more people are recognising what a great centre-back he is. We will give him every support he needs.

“I am just happy how he has adapted, happy we have him, happy he’s such a calm character and happy we don’t have to worry that he won’t carry on and keep his feet on the ground.”

Schindler will be hoping to help the Terriers get a result against Tottenham this weekend.