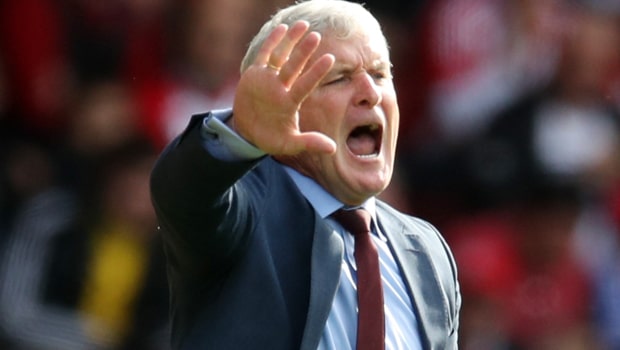 Southampton boss Mark Hughes has urged his team to be more clinical in front of goal as they prepare to take on Bournemouth this weekend.

The Saints are just outside the bottom three in the Premier League after a tough few weeks.

Hughes’ men have lost their last three games to Liverpool, Wolves and Chelsea and that means they are now just two points above safety. Southampton will be looking to win their second away game of the campaign this weekend, but Bournemouth are in fine form after eight games.

Eddie Howe’s troops sit sixth in the table and Hughes insists his team will get chances and need to take them.

He told the club’s official website: “The key against Bournemouth is that, obviously, they play a very high tempo game, they’ve got a decent amount of pace in their team and a lot of strength and power, and you’ve got to match that first and foremost.

“I think on occasions when we’ve been in the ascendancy against teams we haven’t quite seen them off when we’ve had that momentum with us.

“If you score during those periods then it’s difficult for the opposition to come back.