Mark Hughes: Saints had to win 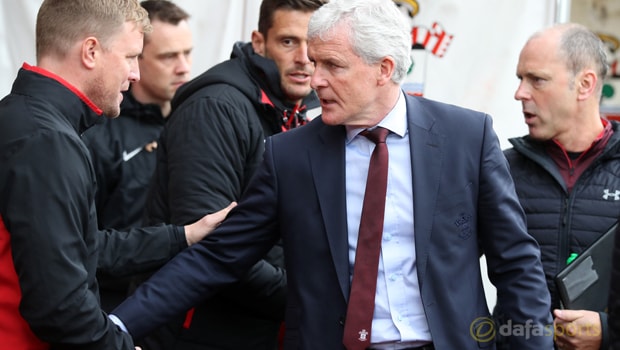 Mark Hughes admits Southampton had no choice but to win the south coast derby with Bournemouth if they hope to survive in the Premier League.

The Saints had a brace from Dusan Tadic to thank for their 2-1 win over the Cherries, a first home league success in nine attempts.

Hughes feels the win proved they have enough quality to earn Premier League survival as he secured a first league victory for the club at the fifth time of asking.

“We need to keep this momentum and if we keep playing like this we will go close,” said the Welshman.

“We need to have the teams above us looking over their shoulder, and clearly this result does that for us. They know we have good quality.

“We needed to win the game, a draw wasn’t good enough. It was a huge effort.”

Southampton are still in the drop-zone, though they are now just a single point behind Swansea City in 17th place.

Hughes’ side visit the Liberty Stadium in what looks set to be a defining game for both clubs on May 8.

Hughes felt his men were ‘good value’ for the win over Bournemouth and he is confident that it sent a message to the likes of Swansea, who lost at home to Chelsea on Saturday.

“Everyone knew the circumstance, we needed a win and draw or a loss wouldn’t do. This is only a part of what we need to do, but good for us,” he added.

“We need to have the teams above us looking over their shoulder, and this result does that. They know we have good quality.”