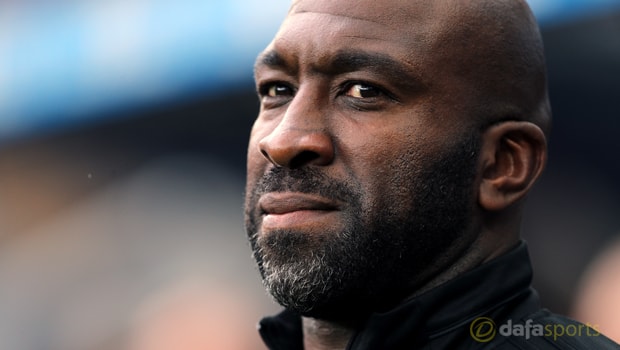 Darren Moore says it is pointless anyone at West Brom looking backwards and wishing the season had been different.

The Baggies won 1-0 at Newcastle on Saturday, making it eight points from four games under caretaker boss Moore.

The win at St James’ Park, coupled with Swansea’s defeat by Chelsea later on Saturday, means West Brom can still survive if they win their final two games and their rivals falter.

Their fortunes have improved dramatically under Moore, with a victory over Manchester United at Old Trafford and last weekend’s comeback draw with Liverpool at the Hawthorns. Moore isn’t indulging in what might have been.

“We can’t cry over spilled milk,” he said. “What’s gone on has gone on and there’s nothing we can do. We can talk about ifs and buts – we ain’t going to change what’s gone on at the start of the season.

“We just look to the next game, and this was a difficult game and we have had to work extremely hard to get a positive result.”

Matt Phillips scored the crucial goal at Newcastle with a thunderous finish in the first half. James McClean and Jay Rodriguez could have made the win more decisive, with Newcastle rarely threatening at the other end. Moore said it is important to enjoy the victory and then refocus for Spurs next week.

“I was pleased with the result, it was a good, solid performance. We could have scored more goals, we had plenty of chances, and after we scored our defence was resolute too,” he added.