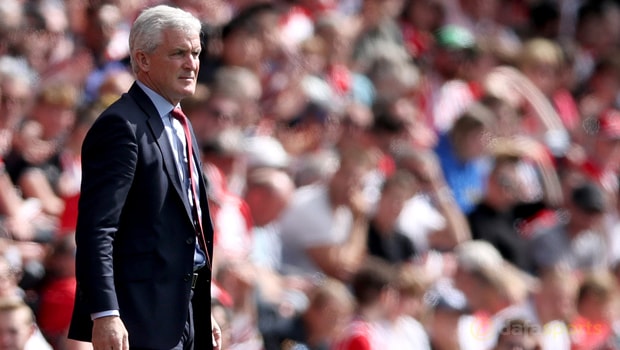 Southampton coach Mark Hughes insists his side will improve during the 2018/19 campaign after they narrowly avoided relegation last season.

The Saints finished 17th in the Premier League, just three points above the drop zone. While they escaped, there was no such luck for Swansea City, Stoke City and West Bromwich Albion.

Hughes replaced Mauricio Pellegrino in March and he guided the Saints to a three match unbeaten run which helped them survive.

The Saints board immediately rewarded him with a new three-year deal after he won three of his 10 games in charge.

Hughes will once again be supported by his backroom staff of Mark Bowen and Eddie Niedzwiecki.

With pre-season around a month away, the former Blackburn Rovers and Fulham coach is confident his team will be fighting for places higher up the table.

He told the club’s official website: “We are really looking forward to the new season now and it is about building straight from the off, making sure we are ready to go, hit the ground running, all the old cliches – but they all apply.

“We have a group here that is talented, that has real potential and real growth in the group as well, because they are all still young in terms of years.

“They will all benefit from what we all went through last year. I think we will learn from that and be better again this year.”

Southampton are already trying to make inroads during the transfer market, while they have already confirmed that defenders Jeremy Pied and Florin Gardos will leave at the end of their contracts in July.