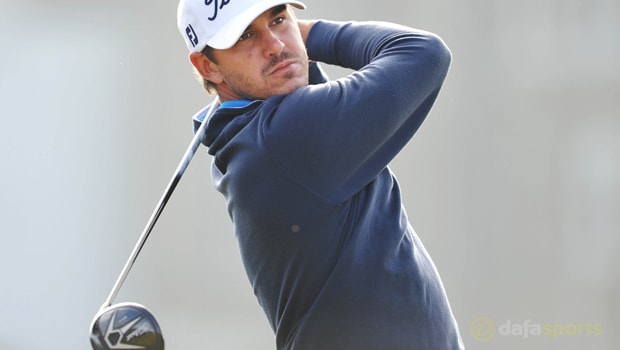 Brooks Koepka has vowed he’ll only be focused on winning this week’s FedEx St. Jude Classic before thoughts turn to defending the US Open.

Koepka will be off to Shinnecock Hills next week to mount a strong defence of the maiden major title he won 12 months ago.

The American is still getting back to full tilt, having endured a 15-week hiatus due to surgery on his left wrist.

He began his week at the St. Jude Classic with a pleasing four-under-par 66, enough to sit one behind Ireland’s Seamus Power at the top of the leaderboard.

Koepka strung together four straight birdies in the middle of the round but suffered an untimely three-putt bogey with three holes to play.

He felt somewhat underwhelmed with his overall play although his scoring was a source of solace.

“I didn’t really play that great but scored a lot better that I played,” he said.

“It was kind of a weird round. Played good for a little bit of a stretch and then kind of sloppy. But four-under, I’ll take it.”

Power leads the way on five-under, with Koepka part of a mammoth group of 11 players sharing second spot.

Phil Mickelson, Steve Stricker, Stuart Appleby and Chris Kirk are all alongside him, with Dustin Johnson amid the ground on three-under behind them.

Koepka has posted finishes of tied-2nd and tied-3rd in his last three starts at TPC Southwind and says there would be no better boost than a win before the US Open.

“I’m not looking forward towards next week,” said Koepka.

“There’s nothing better than winning a golf tournament going into a major. I feel like I’m playing well enough to do that so will just keep doing what I’m doing.”

Koepka is 6.00 to win the FedEx St. Jude Classic, with fellow American Johnson now the favourite at 5.25. First-round leader Power is 41.00.