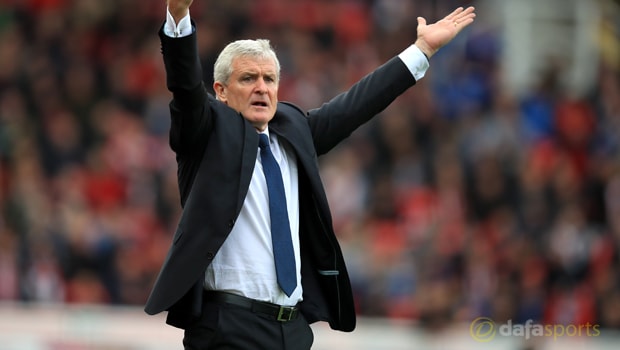 New Southampton boss Mark Hughes says he is confident he can guide his new club to Premier League safety.

The 54-year-old, who was dismissed from his position as manager at Premier League rivals Stoke City earlier this season, has agreed to join Southampton until the end of the season – giving him eight games to try and save the Saints from Championship football.

The Welshman played for Southampton in the latter stage of his career, making 60 appearances, and will oversee his first game in charge against Wigan Athletic in the FA Cup on Saturday afternoon.

Hughes says he is looking forward to the challenge of getting out of relegation trouble, as the club lie one place and one point above the drop zone after Mauricio Pellegrino’s nine months in charge.

“First and foremost I think it’s about coming in and maybe being that different voice, that different message from myself and the staff, that will enable the players to recognise and focus on what needs to be done in this key period of the season,” Hughes told reporters.

“The objective clearly is to remain in the league and make sure we’re a Premier League club next year.

“That’s where this club needs to be, that’s where it should be, and that’s our intention to make sure it remains there.

“I bring experience of the Premier League. I understand what it takes in this league to win games.

“It’s a challenge I’m excited by. It’s a great opportunity to come back to a club I know well, and a club I’ve got real affinity with, and I couldn’t turn that down.”

After Wigan, Hughes’ first Premier League game will be a crucial away trip to fellow strugglers West Ham after the international break.