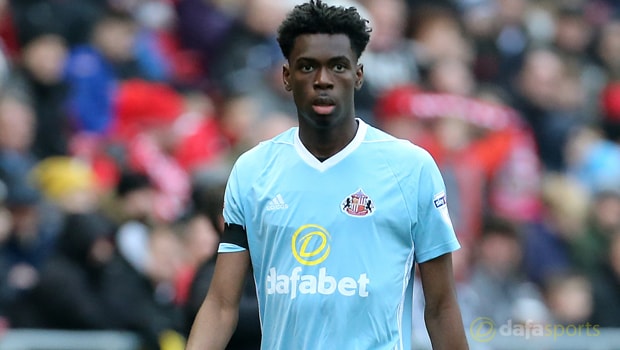 Sunderland midfielder Ovie Ejaria is hoping he can help save the club for a second straight relegation.

The on-loan Liverpool midfielder joined the club in January and has had an injury-hit spell so far, but is now back in the team and has impressed so far at the Stadium of Light.

He says Sunderland are a club he always associated with the Premier League and it is a surprise to see them in such a lowly position.

“When I was growing up as a young player, in my days at Arsenal, I always knew Sunderland to be a Premier League club,” Ejaria told the Chronicle.

“It’s quite crazy really now to see the position the club is in.

“I think everyone knows Sunderland is a massive club and when you look at the table now, they are shocked.”

Sunderland take on Preston on Saturday at the Stadium of Light in a game they must take maximum point sin to gain some momentum for the rest of the season.

Barnsley’s draw at home to Norwich plunged the Black Cats further into the mire on Tuesday evening, leaving them five points adrift of safety, and Ejaria is under no illusions over how big a game it is and how tough the Championship has been.

He added: “Hopefully we can turn it around.

“That’s still possible, if we can get the wins we need between now and the end of the season.

“If so, it will be a massive one for me to look back on as a good experience.

“We have to stay positive and hopefully we can get a good result against Preston on Saturday.”