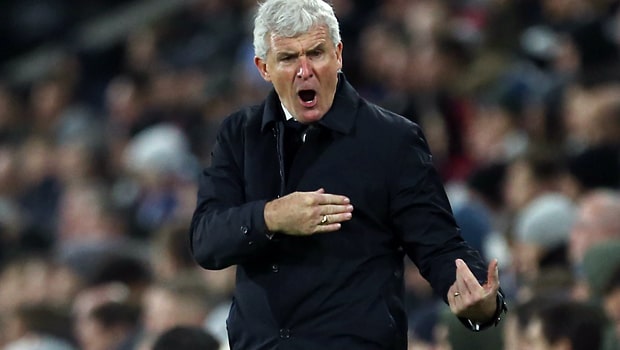 Under-fire Southampton boss Mark Hughes says speculation regarding his future at the club is “water off a duck’s back”.

Speculation has begun to mount that Hughes could be the next Premier League manager to lose his job, as Southampton have won just one of their top-flight games to date this term and they slipped into the relegation zone following last weekend’s 3-2 defeat at fellow strugglers Fulham.

Hughes did save the Saints from relegation last season after succeeding Mauricio Pellegrino as manager in March, which means he may have some money in the bank with the club’s hierarchy.

However, reports this week emerged that former Queens Park Rangers boss Paulo Sousa has already held talks with the club and he could succeed Hughes as manager in the near future.

Hughes was quizzed about that speculation at his pre-match press conference ahead of Saturday’s home clash with Manchester United, but he was quick to dismiss such talk.

He said: “I think that is where the experience comes in, because it’s water off a duck’s back if I am honest.”

The former Stoke boss is also convinced Southampton are not too far away from enjoying an upturn in form and he feels one positive result could prove to be the catalyst to their season.

“It’s what a lack of positive results brings,” he added.

“So you have to deal with that as well. But truth in the matter, I have said this a few times, if you get good results then that pressure goes away, it goes to somebody else.”

Southampton will be hoping the positive result they are seeking can come against United.

The south-coast club are priced at 4.20 to win Saturday’s match, while the Red Devils are available at 1.91 and the draw is on offer at 3.50.