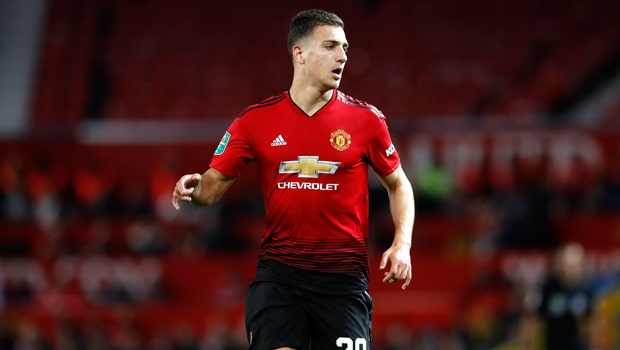 The Red Devils have endured a difficult 2018-19 campaign to date, as they sit seventh in the Premier League table – 14 points behind leaders Manchester City, and they are actually closer to the bottom of the standings than they are the top.

United were also dumped out of the Carabao Cup by Championship outfit Derby earlier this season and their indifferent form has led to constant speculation regarding Mourinho’s future at Old Trafford.

Reports also continue to surface suggesting Mourinho has a less than perfect relationship with some of his players and he has regularly criticised members of his squad throughout the campaign, most recently following last weekend’s goalless draw with Crystal Palace.

However, despite that speculation, summer signing Dalot insists the entire squad are still fully behind Mourinho, who has won two major trophies during his time at the club and guided them to a second-place finish in the Premier League last season.

“Jose was a big influence on me coming here,” Dalot told MUTV of his compatriot. “He was very important.

“His history speaks for itself, the way he is coaching and the way that he has made football change.

“It is the fact that is he is Portuguese too. The relationship that he has with the players is very good, and it was quite impressive to me.”

United will head into Saturday’s league clash at Southampton seven points off the top four, but they are priced at 5.50 to force their way into those placings by the end of the campaign.