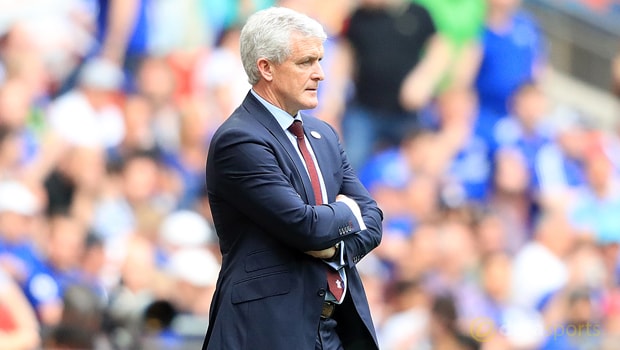 Southampton have got to win Saturday’s south-coast derby against Bournemouth if they want to stay in the Premier League this season, manager Mark Hughes concedes.

The Saints remain in peril and are staring relegation in the face as they are currently four points from safety with only four games to play.

They’ve not managed a win in their nine most recent attempts at St Mary’s in the league and Hughes knows that simply has to change against Eddie Howe’s men.

“It is clear to us, this is a black and white situation and we need to win the game,” he said.

“Clearly we need three points. It has been a long time coming. “We are well into the business end of this season and it is time to get business done.”

Hughes has got Charlie Austin back in the fold after the striker missed three months with injury earlier in the season.

Having a scorer of goals could be vital in the closing stretch of what has been a difficult campaign.

Hughes has only been in charge for the latter part of the season but he admits that had Austin been fit, Saints probably wouldn’t be where they are now.

“I think that is probably fair to say,” he told a press conference.

“Charlie will always score goals. He has done that throughout his career. We need him fit and well.

“There is no point looking back and saying: ‘what if’ because it doesn’t help anybody in the situation we find ourselves in.”

Southampton are 1.73 to beat Bournemouth on Saturday. The visitors are 4.75 while the draw is available at 3.80.