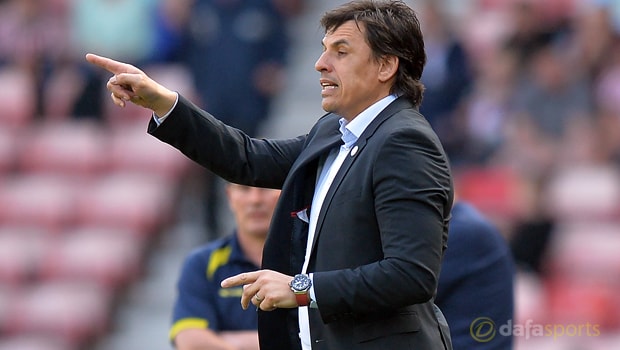 Rodwell, who reportedly earns £70,000 per week from Sunderland, and clearly doesn’t have a future the club any more.

Rodwell – capped three times as a full England international – has not made a senior appearance for the Black Cats since September, despite their struggles at the foot of the Championship table that eventually led to relegation last weekend.

Coleman was asked if he might give Rodwell a chance when his side travel to Craven Cottage to play Fulham on Friday, but the former Wales boss quickly ruled that notion out.

“I don’t even know where Jack is, to be honest with you, so no, he won’t be involved,” Coleman said.

“If there was a sniff of a first-team appearance, I’m not sure he’d be 100 per-cent fit for it, so I don’t think that’s going to be the case.”

Rodwell recently insisted in a well-publicised interview that he was fit and available for selection if Sunderland wanted him. Coleman says he better find a new club, judging by the ambitions he has for his future.

“We’re stuck with a player that doesn’t want to play for Sunderland Football Club and wants to leave,” he added.

“But then where’s he going to leave and go to? There’s the conundrum.

“I know Jack did that big article, that he wanted to play for England again, so to do that, he’s going to have to go and play football somewhere.”

Sunderland are 13.00 to win at Craven Cottage on Friday evening, while Fulham are 1.18 and the draw is available at 7.50.