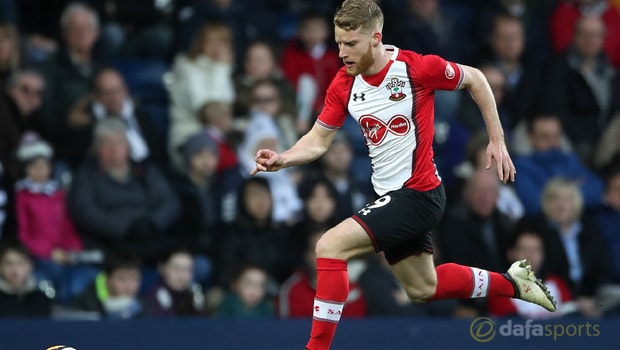 Josh Sims says he wants to help Southampton avoid Premier League relegation after recently returning to action following a long spell out with a knee injury.

Former England Under-20 international Sims picked up a bad knee injury towards last season and he was forced to spend around eight months on the sidelines, hampering his progress after bursting onto the scene that year.

The winger made his first Premier League start of the campaign on Saturday in the 0-0 draw at home to fellow strugglers Stoke City, a result that leaves the south coast outfit 17th in the table and just one point above the bottom three.

Southampton have won just one of their last 16 league matches and there is huge pressure on manager Mauricio Pellegrino, who only replaced Claude Puel last summer.

The Saints face two crucial away games at Newcastle United and West Ham next and victory in both of those encounters would go a long way to securing a place in England’s top-flight next season.

Sims, now back to full speed, impressed in the draw against the Potters and he is hoping to play an important role for his side in the remaining nine league matches.

“Every game now is massive; we have to view them as finals. Away games are different, but we need to pick up points wherever we can,” he said.

“I always want to create a spark in the final third, and I’m pleased to be back doing that.

“I want to try and help the team collect points, because we aren’t in a great situation at the moment, so hopefully I can be that fresh face.”

Southampton are 2.75 to pick up all three points at St James’ Park on Saturday, a draw is priced at 3.25 whilst the Magpies are marginal 2.70 favourites.