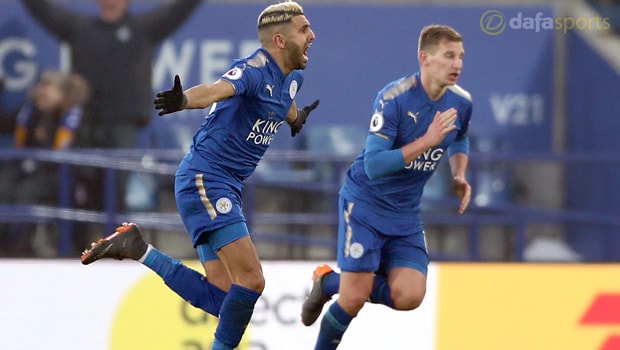 Leicester City manager Claude Puel says Riyad Mahrez is and will continue to be an important first-team player after his match-saving strike against Bournemouth on Saturday.

The Cherries took the lead at the King Power Stadium through Josh King’s penalty but, from then on, Eddie Howe’s men were put under intense pressure from their hosts.

It looked like Bournemouth were going to hold on for a precious three points but, in the 97th minute, Algerian star Mahrez fired home a long-range free-kick to claim a share of the spoils.

The Foxes are without a Premier League win in over a month since beating Watford 2-0 on January 20 and they travel to rock-bottom West Brom, who lost to the Hornets 1-0 last time out, on Saturday.

Puel’s men are 2.50 favourites to pick up all three points, a draw is priced at 3.25 whilst the Baggies, who look destined for the drop at the moment, are a 2.88 chance.

Mahrez, who failed to secure a January exit to Manchester City, once again highlighted his importance to Leicester and the manager has hailed the attitude of the midfielder.

“Of course Riyad is an important player for us, we know the story of the transfer window,” he said.

“He is important to the squad and I am happy for him.

“He wanted to give his best for the team until the end of the season and he is a very important player for us and he makes a difference.”