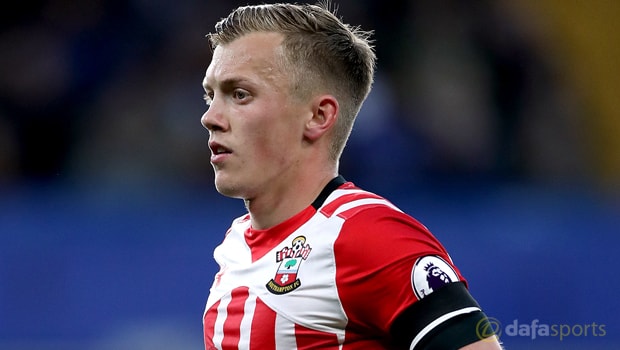 Midfielder James Ward-Prowse believes Southampton have performed extremely well in what has been a challenging season and has called on them to see it out in style.

The Saints head into Wednesday’s clash with Manchester United at St Mary’s sitting ninth in the Premier League but they still have the opportunity to finish as high as eighth.

Southampton have enjoyed a decent season under current boss Claude Puel, having reached the EFL Cup final before losing to Wednesday’s opponents, so revenge is likely to be on the cards in midweek.

Despite their exploits, there have been suggestions that Puel could lose his job due to their failure to progress in the Europa League, while it’s understood some sections of the fans aren’t too happy with their style of football.

Ward-Prowse, who has developed into one of the more influential players at the club this term, believes it is crucial to see the campaign out on a positive note with fixtures against United and Stoke left to come.

“It’s been a very challenging season for us but if you look back I think it has been very successful,” he told Southampton’s official website.

“With the group of players we’ve got, we want to make sure we’re achieving a lot higher places. Taking all things into consideration, I feel it’s been a good season and we’ll look to finish it off in style.

“It’s the end of a long, tough season now and these last couple of games are very important in terms of where we want to finish in the table.”

Southampton are priced at 2.70 to win on Wednesday night, while United can be backed at 2.75 and the draw is available at 3.20.