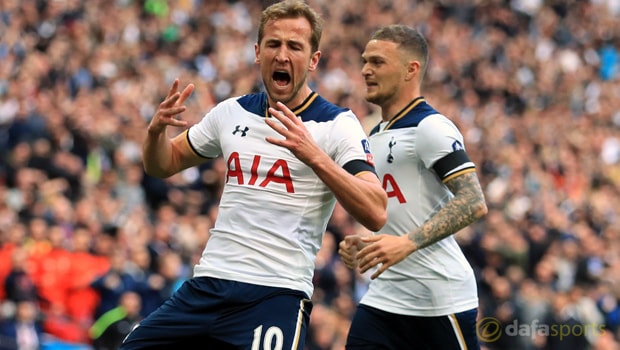 Harry Kane is hopeful the Tottenham squad stays together next season as he feels they are one of the best teams in the world and capable of lifting the Premier League title.

Spurs have been the most consistent team in the English top flight over the last two seasons, but have no silverware to show for their exploits.

The 2015-16 season saw Tottenham challenge Leicester for long periods before they collapsed and finished third, with rivals Arsenal sneaking into second spot.

The north London club have already ensured they will be guaranteed second place this term after once again failing to complete their title push after Chelsea crowned themselves champions with victory over West Brom a week ago.

Kane, who boasts 22 goals in the league this season, has emerged as one of the best strikers in the division over the past few seasons while the likes of Dele Alli, Christian Eriksen and Toby Alderweireld, among others, have also become integral figures.

England international Kane insists it is crucial they retain the services of all their stars and is confident if the squad stays together, they will be on course for the Premier League title when they play their home fixtures at Wembley in 2017-18.

Kane said: “We’re a family on and off the pitch. We work so hard as a group and the staff, the manager and, look, there are not many better teams to be at around the world at the moment.

“It’s a special bond and I don’t think you always get that at clubs, that’s why we’ve got to hold on to that, make that motivate us to hopefully be out there next year at Wembley lifting a Premier League together.”

Spurs can be backed at 1.85 to win their penultimate game when they travel to Leicester, who are priced at 4.33 to take all three points, while the draw is available at 3.60.