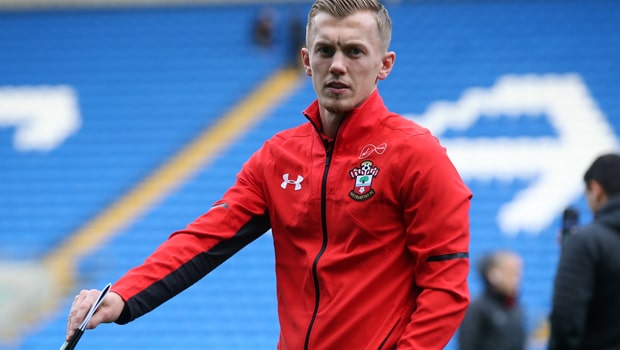 Southampton manager Ralph Hasenhuttl believes James Ward-Prowse has taken his game to the next level over recent weeks.

The academy product has found it difficult to tie down a regular starting spot under a succession of managers at St Mary’s.

But Hasenhuttl was quick to place his trust in Ward-Prowse when he replaced Mark Hughes in the dugout in December.

Ward-Prowse appears to be thriving under the tutelage of the Austrian and has been widely praised for his recent performances after netting three times in his last five games.

The 24-year-old has also shown a different side to his game as Southampton battle against relegation.

Hasenhuttl has instilled a tougher attitude into the England international and hopes to see that dimension on display more often.

“I think I was very clear and very honest to him, which I think helps him a lot,” Hasenhuttl said.

“I think Prowsey has made a good development with his aggression because that’s what I missed from him the most when I came here.

“He is a good footballing player and a nice guy, but now he showed that he can also be aggressive, win duels, win balls back and with his physical quality he can nearly play in every position.”

Southampton still only boast a two-point gap over the bottom three and need to continue battling over the coming months.

Saints can be backed at 1.75 to win their next outing on Saturday when they host relegation rivals Cardiff, who are priced at 5.00 to come out on top, while the draw is available at 3.60.