Andy Robertson: Nerves not a factor for Reds 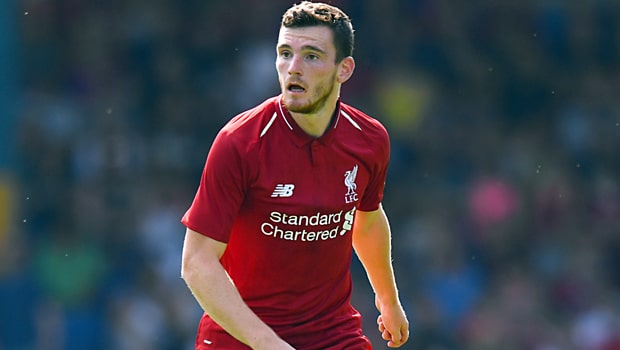 Liverpool defender Andy Robertson does not feel nerves have played a factor in their back-to-back Premier League stumbles.

The Anfield side have drawn their last two games 1-1, at home to Leicester City and away at West Ham United, despite Sadio Made putting them in front in both outings.

That would put Pep Guardiola’s champions ahead on goal difference and further heighten the scrutiny on Liverpool going into this weekend’s home clash with Bournemouth.

Robertson is scoffing at any suggestion Liverpool have become nervous, with three months of the season still ahead.

“I wouldn’t say nerves are showing,” the 24-year-old said. “Did anyone say that when City dropped points against (Crystal) Palace and Leicester (in December)? I don’t think they did.

It’s no different for us – people talk about pressure because we’ve not been in this position, but it’s February.”

Liverpool have hit their first significant speedbump of the season and Scotland international Robertson is urging his team-mates to relax and enjoy the position they find themselves in.

“Everyone needs to relax and try and enjoy the run-in – many other clubs want to be in the position we’re in just now,” he added.

“Nerves aren’t showing in the changing room. It’s been two poor results and poor performances, it happens during a long season. We need to get back to playing the better football we can, but it’s nothing to do with nerves.”

Following their draw at West Ham, Liverpool are 2.10 to win the title this season, with City now favourites at 1.80.