Danny Ings looking to Push on 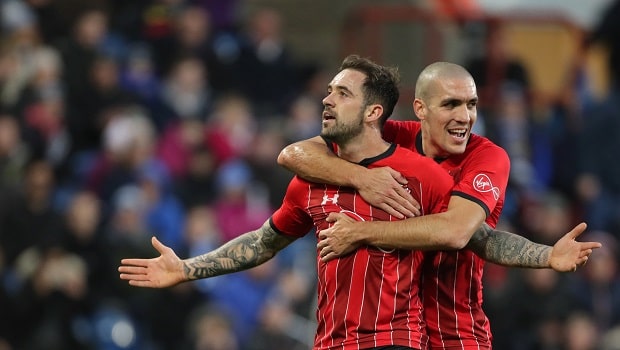 Danny Ings is happy with how he is playing under Southampton’s new manager Ralph Hasenhuttl and the striker is hoping to keep churning out impressive performances.

Hasenhuttl, who is the first Austrian to manage in the Premier League, replaced Mark Hughes at St Mary’s and the new man in charge has made a good start after two wins from three matches.

Those victories came against Arsenal and relegation rivals Huddersfield Town, with Saints looking to make it nine points from nine when they host West Ham United on Thursday evening.

Southampton are marginal 2.25 favourites to triumph on home soil, the draw is priced at 3.40, whilst the Hammers, who lost 2-0 to Watford last time out, are a 3.25 chance to get back to winning ways.

England international Ings’ form has picked up massively since the change in manager, with the striker bagging three of his seven league goals in the last two outings.

The 26-year-old, whose loan move from Liverpool will be made permanent at the end of the season for a reported £20million, is happy with his recent performances and is hoping to produce even better displays.

“The way we attack will mean we are always a threat, so he has really put his spin on things,” Ings said. “I’ve had a good start and hopefully now I can kick on.”

Southampton will be without the services of midfielder Pierre-Emile Hojbjerg after he picked up his fifth yellow card of the season, resulting in a one-match ban.

Left-back Ryan Bertrand, who last played in the 1-1 draw against Watford on November 10, remains on the sidelines as he continues his recovery from a back injury.